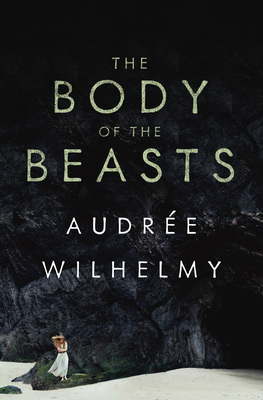 The Body of the Beasts

Reminiscent of Gaétan Soucy’s The Little Girl Who Was Too Fond of Matches and William Golding’s Lord of the Flies, Audrée Wilhemy’s The Body of Beasts is a startling, gorgeously written novel that tells the story of the Borya family minding a lighthouse and living in isolation. Their lives are altered when young Osip, peering from the lighthouse gallery he has made his home, sees a woman, Noé, arrives in Sitjaq — her dress scant, her skin curiously scarred, and her manners mysterious and wild.

Noé bears a child, Mie, to Sevastien-Benedikt, the eldest son on whose hunter-gathering the Borya family depends. She lives in a cabin on her own and covers the walls with drawings that allude to her mysterious life. The family’s entrenchment in nature is enthrallingly conveyed in young Mie’s sensuous ability to borrow at will the body of mammals, birds, fish, and insects. Her shape-shifting allows her to know the ways of the natural world, though only to a point. When her own awakening body starts to intrigue her, she asks her uncle Osip to “teach me human sex.”