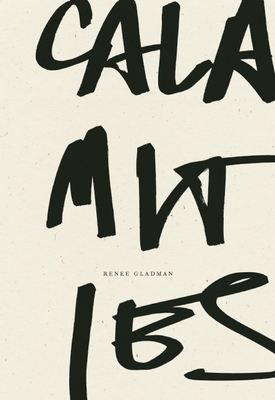 "Renee Gladman has always struck me as being a dreamer?she writes that way and the dreaming seems to construct the architecture of the world unfolding before our reading eyes." ?Eileen Myles

A collection of linked essays concerned with the life and mind of the writer by one of the most original voices in contemporary literature. Each essay takes a day as its point of inquiry, observing the body as it moves through time, architecture, and space, gradually demanding a new logic and level of consciousness from the narrator and reader.

I was reading a line in a book, then reading a line in another book, and performing small acts in between: I sat at intervals on the toilet, I slept sporadically, I ate kale and "fish food," and called myself "Renee" for a time. Nobody knew who I was at the grocery store, but going there was my big event. I knew the books of these people; I knew these people and I didn't change their names, but when they appeared in my books it wasn't really their stories I was telling, so they didn't need myprotection and I could go "Danielle, Danielle" all day.

Born in Atlanta, GA, in 1971,Renee Gladman studied Philosophy at Vassar College and Poetics at New College of California. In addition toCalamities (Wave Books, 2016), she is the author of eight works of prose, including the Ravicka novelsEvent Factory (2010),The Ravickians (2011), andAna Patova Crosses a Bridge (2013), as well as a book of poetry,A Picture-Feeling. Her most recent work of fictionMorelia is forthcoming in 2016. A longtime publisher and bookmaker, her projects include Clamour (1996-1999), Leroy Chapbook series (1999-2003), and Leon Works (since 2005). She is the recipient of a 2014-2015 fellowship from The Radcliffe Institute for Advanced Study at Harvard University and a 2016 grant to artists from Foundation for Contemporary Arts. She lives in New England with poet-ceramicist, Danielle Vogel.