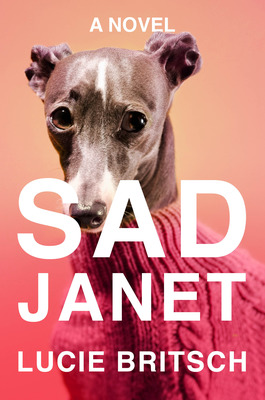 Named one of the Best Books of the Summer by LitHub, The Millions, Refinery29, and Hey Alma.

Janet works at a rundown dog shelter in the woods. She wears black, loves the Smiths, and can’t wait to get rid of her passive-aggressive boyfriend. Her brain is full of anxiety, like “one of those closets you never want to open because everything will fall out and crush you.” She has a meddlesome family, eccentric coworkers, one old friend who’s left her for Ibiza, and one new friend who’s really just a neighbor she sees in the hallway. Most of all, Janet has her sadness—a comfortable cloak she uses to insulate herself from the oppressions of the wider world.

That is, until one fateful summer when word spreads about a new pill that offers even cynics like her a short-term taste of happiness . . . just long enough to make it through the holidays without wanting to stab someone with a candy cane. When her family stages an intervention, her boyfriend leaves, and the prospect of making it through Christmas alone seems like too much, Janet decides to give them what they want. What follows is life-changing for all concerned—in ways no one quite expects.