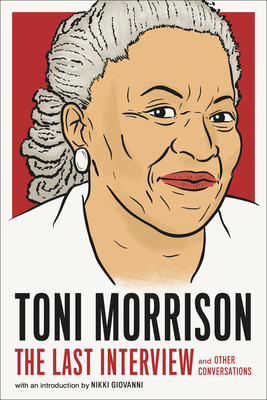 “Knowledge is what’s important, you know?  Not the erasure, but the confrontation of it.” — TONI MORRISON

In this wide-ranging collection of thought-provoking interviews — including her first and last — Toni Morrison (whom President Barrack Obama called a “national treasure”) details not only her writing life, but also her other careers as a teacher, and as a publisher, as well as the gripping story of her family. In fact, Morrison reveals here that her Nobel Prize-winning novels, such as Beloved and Song of Solomon, were born out of her family’s stories — such as those of her great-grandmother, born a slave, or her father, escaping the lynch mobs of the South. With an introduction by her close friend, poet Nikki Giovani, Morrison hereby weaves yet another fascinating and inspiring narrative — that of herself.