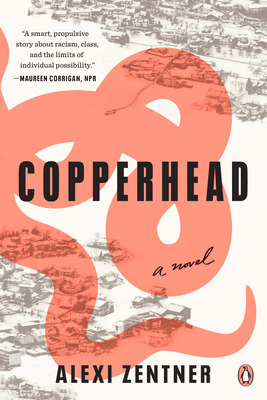 "One of the bravest, most bracing novels I've read in years." --Ben Fountain, author of Billy Lynn's Long Halftime Walk

Jessup's stepfather gave him almost everything good in his life--a sober mother, a sister, a sense of home, and the game of football. But during the years that David John spent in prison for his part in a brutal hate crime, Jessup came to realize that his stepfather is also a source of lethal poison for his family. Now it's Jessup's senior year, and all he wants to do is lay low until he can accept one of the football scholarships that will be his ticket out of town.

So when his stepfather is released from prison, Jessup is faced with an impossible choice: condemn the man who saved his family or accept his part in his family's legacy of bigotry. Before he can choose a side, Jessup will cause a terrible accident and cover it up--a mistake with the power to ruin them all.

Told with relentless honesty and a ferocious gaze directed at contemporary America's darkest corners, Copperhead vibrates with the energy released by football tackles and car crashes and asks uncomfortable questions about the price we pay--and the mistakes we'll repeat--when we live under the weight of a history we've yet to reckon with. Alexi Zentner unspools the story of boys who think they're men and of the entrenched thinking behind a split-second decision, and asks whether hatred, prejudice, and violence can ever be unlearned.