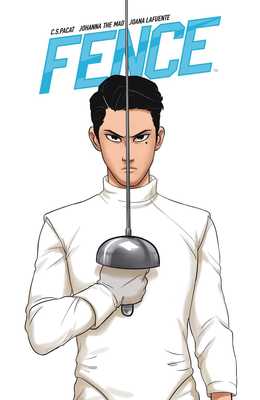 Nicholas Cox is determined to prove himself in the world of competitive fencing, and earn his place alongside fencing legends like the dad he never knew, but things get more complicated when he’s up against his golden-boy half-brother, as well as sullen fencing prodigy, Seiji Katayama.

Nicholas, the illegitimate son of a retired fencing champion, is a scrappy fencing wunderkind, and dreams of getting the chance and the training to actually compete. After getting accepted to the prodigious Kings Row private school, Nicholas is thrust into a cut-throat world, and finds himself facing not only his golden-boy half-brother, but the unbeatable, mysterious Seiji Katayama...

Through clashes, rivalries, and romance between teammates, Nicholas and the boys of Kings Row will discover there’s much more to fencing than just foils and lunges. From acclaimed writer C.S. Pacat (The Captive Prince) and fan-favorite artist Johanna the Mad.