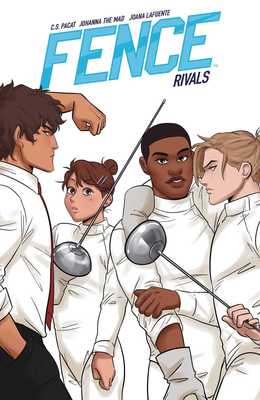 The team at King’s Row must face the school that defeated them in the fencing state championships last year, but first Nicholas and Seiji must learn to work together as a team...and maybe something more!

Just as Nicholas, Seiji and the fencing team at the prodigious Kings Row private school seem to be coming together, a deadly rival from their past stands in their way once more. MacRobertson is the school that knocked Kings Row out of the State Championships last year - but unless Nicholas and Seiji can learn to work together as a team, their school is doomed once again! And maybe those two can learn to be something more than teammates too…

For the first time, best-selling novelist C.S. Pacat (Captive Prince) and popular online sensation Johanna The Mad present the next all-new thrilling chapter in the story of Nicholas Cox’s entry into the world of competitive fencing where scoring points is the name of the game—but finding out who you really are is the only way to truly win!