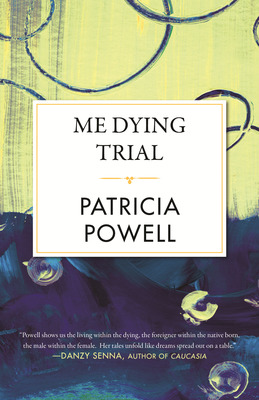 From a major voice in Caribbean literature—this is a story of Gwennie Glaspole, a schoolteacher trapped in an unhappy marriage, fighting to resist Jamaican cultural expectations and for her independence

A new edition of the “remarkable first novel” from a major voice in Caribbean literature in the Celebrating Black Women Writers series. Written in modified Jamaican patois, Powell traces the life of Gwennie, a strong woman who plays the role of wife and mother while suffering through a loveless and violently abusive marriage to Walter. Faced with choice of remain a victim to her duties or flee from the cruelties of her everyday life, Gwennie decides to start anew and embrace the pressures of sudden and laudable change. Me Dying Trial ambitiously conveys what goes unspoken—issues regarding identity, homosexuality, religion, and personal afflictions, and how often that strong sense of community holds us back from growing.

Powell’s debut solidified her status as “one of the most exciting writers living and writing on the island that is the Caribbean-American hyphen.” (Edwidge Danticat)