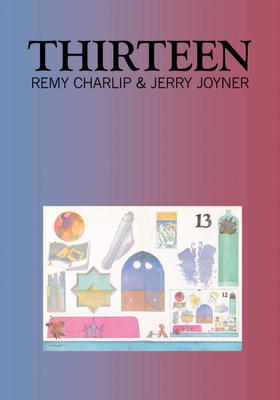 A book of creative metamorphosis and stunning visuals that will bend children's imaginations and appeal to all ages. "One of my own personal childhood favorites..." --Brian Selznick

Thirteen is no ordinary picture book. It is book of visual and conceptual revolutions, metamorphoses, and narratives that swallow their own tails. In thirteen illustrated stories, plus "a preview of coming attractions," nothing less than the birth of the world, its duration, death, and rebirth occurs, in thirteen arresting and evolving tableaus, involving a sinking ship, a play, a leaf and caterpillar, a card trick, swans, a worm, Cinderella, the alphabet, paper magic, pyramids, a getting-thin-and-getting-fat-again dance, the fall and rise of civilization, and a countdown. This is not a book you read from beginning to end, so much as one you enter into, are absorbed by and transformed, like the thirteen tableaus themselves.