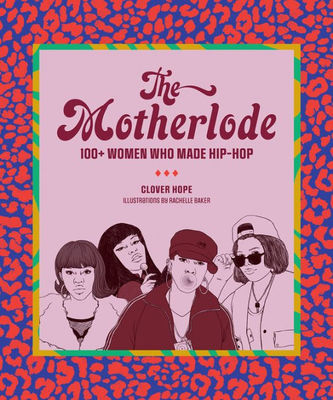 The Motherlode highlights more than 100 women who have shaped the power, scope, and reach of rap music, including pioneers like Roxanne Shanté, game changers like Lauryn Hill and Missy Elliott, and current reigning queens like Nicki Minaj, Cardi B, and Lizzo—as well as everyone who came before, after, and in between. Some of these women were respected but not widely celebrated. Some are impossible not to know. Some of these women have stood on their own; others were forced into templates, compelled to stand beside men in big rap crews. Some have been trapped in a strange critical space between respected MC and object. They are characters, caricatures, lyricists, at times both feminine and explicit. This book profiles each of these women, their musical and career breakthroughs, and the ways in which they each helped change the culture of rap.

“The book’s infographics and beautifully illustrated portraits by Rachelle Baker are made to reel readers into every next page.” -- Forbes

“The Motherlode: 100+ Women Who Made Hip-Hop illustrates the stigmas, career breakthroughs, highs and lows of hip hop to show how these iconic women helped shape and change the culture of rap.” -- The Root