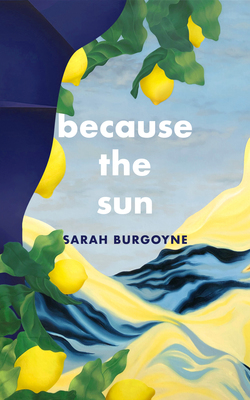 Camus’s Meursault and Thelma and Louise meet up under the blazing sun.

Vexed by the ‘unremarkable star’ that ‘presses’ Camus’s Meursault to commit murder, Because the Sun considers the blazing sun as a material symbol of ambient violence – violence absorbed like heat and fired at the nearest victim. Likewise, as a friendship between women confronts gendered aggression in Thelma and Louise, the sun becomes the repository of pain, the high noon that pushes us through desert after desert. Because the Sun’s pastiche of voices embodies both stylistic and formal relentlessness by teasing out tonalities that blend and merge into each other, generating a blinding effect, like looking into the sun.