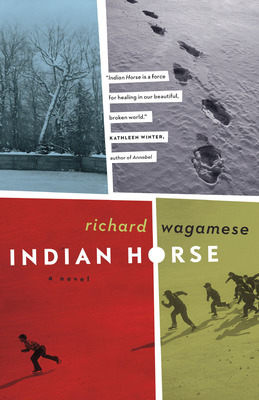 Saul Indian Horse is dying. Tucked away in a hospice high above the clash and clang of a big city, he embarks on a marvellous journey of imagination back through the life he led as a northern Ojibway, with all its sorrows and joys.

With compassion and insight, author Richard Wagamese traces through his fictional characters the decline of a culture and a cultural way. For Saul, taken forcibly from the land and his family when he's sent to residential school, salvation comes for a while through his incredible gifts as a hockey player. But in the harsh realities of 1960s Canada, he battles obdurate racism and the spirit-destroying effects of cultural alienation and displacement.

Indian Horse unfolds against the bleak loveliness of northern Ontario, all rock, marsh, bog and cedar. Wagamese writes with a spare beauty, penetrating the heart of a remarkable Ojibway man. Evaluated and Approved by ERAC