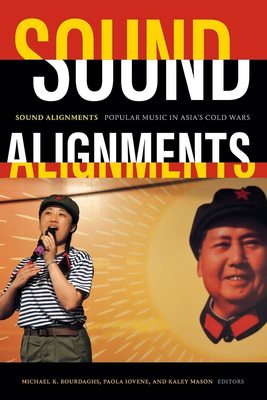 In Sound Alignments, a transnational group of scholars explores the myriad forms of popular music that circulated across Asia during the Cold War. Challenging the conventional alignments and periodizations of Western cultural histories of the Cold War, they trace the routes of popular music, examining how it took on new meanings and significance as it traveled across Asia, from India to Indonesia, Hong Kong to South Korea, China to Japan. From studies of how popular musical styles from the Americas and Europe were adapted to meet local exigencies to how socialist-bloc and nonaligned Cold War organizations facilitated the circulation of popular music throughout the region, the contributors outline how music forged and challenged alliances, revolutions, and countercultures. They also show how the Cold War's legacy shapes contemporary culture, particularly in the ways 1990s and 2000s J-pop and K-pop are rooted in American attempts to foster economic exchange in East Asia in the 1960s.Throughout, Sound Alignments demonstrates that the experiences of the Cold War in Asia were as diverse and dynamic as the music heard and performed in it.