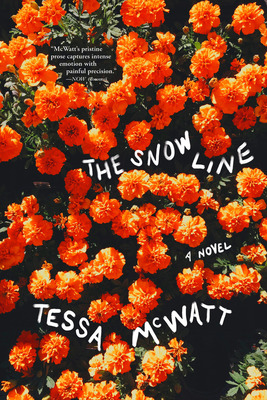 Tessa McWatt's breathtaking new novel explores love and endurance in the face of change and violence, and how people find wholeness and belonging when their own identities feel shattered.

Northern India, 2009. Four travellers disembark from the Dhauladhar Express at the Pathankot train station, having arrived in Punjab to attend a wedding. Yosh, 30, a yoga teacher from Vancouver; Monica, 30, the bride's cousin from Toronto; Reema, 26, the bride's childhood friend, a mixed-heritage Londoner in search of her Indianness; and Jackson, 86, who is returning to India after a long hiatus in Boston, and who carries with him a small tea canister in which he has placed his wife Amelia's ashes.

As they gather with other guests at the traditional Indian wedding, Jackson and Reema develop a reluctant, unlikely friendship that grows through mutual need and a slowly developing trust, and together with Yosh and Monica, they embark on a post-wedding journey to the Himalayas, seeking the perfect place to scatter Amelia's ashes. As they travel together, secrets are revealed, and each of them is opened up to more questions than answers.

These intergenerational and intercultural relationships are a meeting of the past and the future, a reconciliation of past wrongs and a possibility that the future might be less violent, less selfish, less segregated. But can it be?