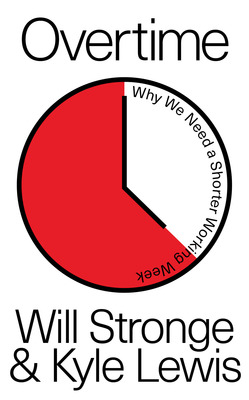 Why we should all work less! A radical and pragmatic manifesto for tackling the twin crises of work and care in contemporary capitalism

With the rise of automation and precarious forms of work, jobs are becoming increasingly polarised. While some are overworked, there are many more people forced into precarious and underpaid work, work that falls heavily on those most vulnerable in society. All of this while countries in the Global North are experiencing a crisis of care, where the disproportionately gendered labour of care is and undervalued, and often unpaid. In this short book, Kyle Lewis and Will Stronge argue that one powerful and practical response to the worrying trend of job polarisation is the call for a shorter working week.

The time we spend at work is neither natural nor inevitable. Instead the amount of time we spend working is a political, cultural and economic question. Overtime will explain what a shorter waged working week means, as well as its history and its political implications. The authors argue that any long-term plan for a sustainable, just economy must involve a reduction in the time we spend working. Drawing on a range of political and economic thinkers, Stronge and Lewis argue only by doing so can we create a more just and equal society, one that allows people the space and opportunity to develop an ethic based on citizen engagement and self-autonomy outside of market interaction.