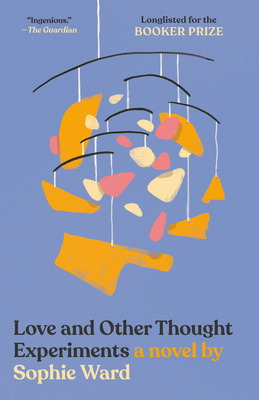 Love and Other Thought Experiments

This impressive debut novel, longlisted for the 2020 Booker Prize, takes its premise and inspiration from ten of the best-known thought experiments in philosophy—the what-ifs of philosophical investigation—and uses them to talk about love in a wholly unique way.

Married couple Rachel and Eliza are considering having a child. Rachel wants one desperately, and Eliza thinks she does, too, but she can't quite seem to wrap her head around the idea. When Rachel wakes up screaming one night and tells Eliza that an ant has crawled into her eye and is stuck there, Eliza initially sees it as a cry for attention. But Rachel is adamant. She knows it sounds crazy—but she also knows it's true. As a scientist, Eliza is skeptical. Suddenly their entire relationship is called into question.

What follows is a uniquely imaginative sequence of ten interconnecting episodes—each from a different character's perspective—inspired by some of the best-known thought experiments in philosophy. Together they form a sparkling philosophical tale of love lost and found across the universe.