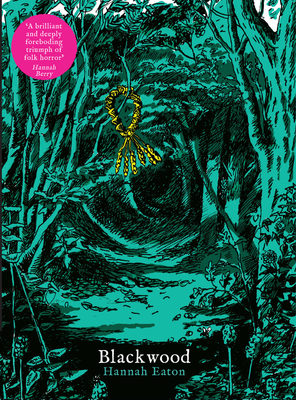 A unique graphic novel of a small-town community creates a mini-Middlemarch with a Wicker Man twist in a beautifully drawn murder mystery. Blackwood is set in a rural town in middle England where the residents are determined to preserve the status quo – at any cost.

A pair of murders have occurred 65 years apart, uncanny echoes of each other, in the ancient woods beside Blackwood. Evidence and local lore suggest overtones of ritual or of the occult, but despite thorough police investigations, no charges are made. Peg, in her nineties, and her great-grandson, 11-year-old Mason, hold clues to the town’s secrets, but Peg’s dementia dismisses her as unreliable, and no-one wants to listen to a child. Hannah Eaton deftly handles her cast of townspeople with warmth, humour, and humanity, reserving special sympathy for the outsiders – both victims and investigators – who dare to penetrate the community’s closed doors.

Blackwood gradually reveals the dark soul of a town where local politics and the human heart conspire to preserve its way of life at the expense of truth or justice. Blackwood both harks back to days of folklore and is a harbinger of future times in the political landscape we now find ourselves living in.

Hannah Eaton’s second graphic novel follows her much-acclaimed debut,Naming Monsters (2013); an excerpt from it was shortlisted for the 2012 Myriad First Graphic Novel Competition and for the Graphic Scotland 9th Art Award.