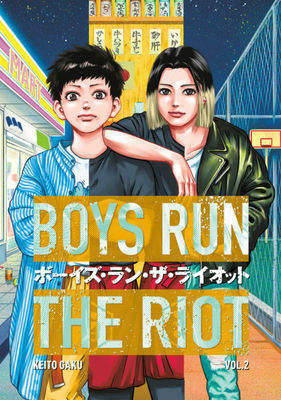 Ryo and Jin have started their own fashion brand, Boys Run the Riot. Now they just have to get the word out there! But the world of fashion is a cutthroat business of patronizing adults, and the boys will have to get creative—and save some cash—if they want to get their brand off the ground and be taken seriously. Working part-time is hard enough, but for Ryo, being transgender makes it even harder. In work, friendship, and romance, he struggles to decide whether to come out as his true self. However, when he befriends his cool coworker Mizuki, the closet door begins to open…