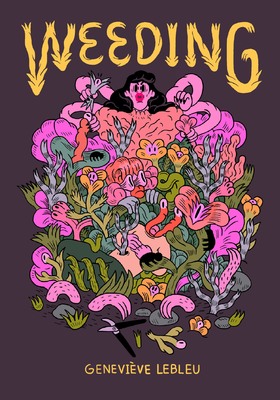 X-Files meets The Young and The Restless

On a typical autumn afternoon, Martha hosts a group of middle-aged women at her suburban home. The day takes a sudden turn when Elisabeth, an estranged friend, turns up unexpectedly--and she isn't the only unwanted guest at the tea party. Martha's sister, Maureen, shows up after years of radio silence, along some painful memories and a lot of confusion. It doesn't take long for the guest list to change again when Martha disappears after a simple trip to the backyard for herbs. Martha is the most beloved of the women--but will any of the others be able to look past their own problems long enough to search for her?

A satirical portrayal of feminine archetypes in the social landscape of the 60's, Weeding is inspired by soap operas that use unexplained disappearances and repetitive character reanimations to liven up otherwise uneventful plot lines. As a verb, "weeding" means "to remove an inferior or unwanted component of a group or collection." In Weeding, Geneviève Lebleu takes this definition to the extreme with a fable about social exclusion in a world where women turn against one another.