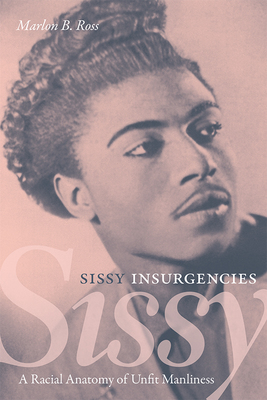 In Sissy Insurgencies Marlon B. Ross focuses on the figure of the sissy in order to rethink how Americans have imagined, articulated, and negotiated manhood and boyhood from the 1880s to the present. Rather than collapsing sissiness into homosexuality, Ross shows how sissiness constitutes a historically fluid range of gender practices that are expressed as a physical manifestation, discursive epithet, social identity, and political phenomenon. He reconsiders several black leaders, intellectuals, musicians, and athletes within the context of sissiness, from Booker T. Washington, George Washington Carver, and James Baldwin to Little Richard, Amiri Baraka, and Wilt Chamberlain. Whether examining Washington’s practice of cleaning as an iteration of sissiness, Baldwin’s self-fashioned sissy deportment, or sissiphobia in professional sports and black nationalism, Ross demonstrates that sissiness can be embraced and exploited to conform to American gender norms or disrupt racialized patriarchy. In this way, sissiness constitutes a central element in modern understandings of race and gender.