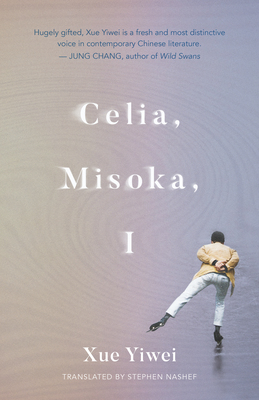 A meditation on the meaning of life in an increasingly global world, from acclaimed Chinese-Canadian author Xue Yiwei.

Set in modern-day Montreal, Celia, Misoka, I is the story of a middle-aged Chinese man who has been living in the city for fifteen years. After the death of his wife, he begins to reflect on his past and how he has ended up alone in Canada, a solitary member of the Chinese diaspora. It is in this period of angst and uncertainty, during the most unusual of winters, that he meets two women by Beaver Lake, on Montreal’s Mount Royal. They, too, have their own stories: stories of their own personal plights, which connect present to past, and West to East.

The distinct paths taken by these three characters — Celia, Misoka, and “I” — span continents and decades, but, whether by chance or design, converge in Montreal, like mysterious figures in an ancient Chinese Zen painting. After coming together, the three begin to examine who they are, where they might belong, and how to navigate otherness and identity in a globalized world.