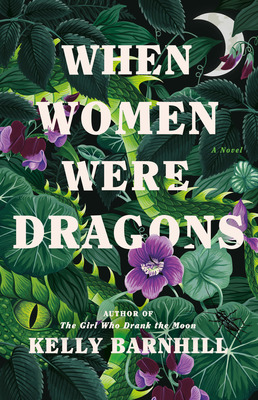 When Women Were Dragons

A rollicking feminist tale set in 1950s America where thousands of women have spontaneously transformed into dragons, exploding notions of a woman’s place in the world and expanding minds about accepting others for who they really are. • The first adult novel by the Newbery award-winning author of The Girl Who Drank the Moon


Alex Green is a young girl in a world much like ours, except for its most seminal event: the Mass Dragoning of 1955, when hundreds of thousands of ordinary wives and mothers sprouted wings, scales, and talons; left a trail of fiery destruction in their path; and took to the skies. Was it their choice? What will become of those left behind? Why did Alex’s beloved aunt Marla transform but her mother did not? Alex doesn’t know. It’s taboo to speak of.

Forced into silence, Alex nevertheless must face the consequences of this astonishing event: a mother more protective than ever; an absentee father; the upsetting insistence that her aunt never even existed; and
watching her beloved cousin Bea become dangerously obsessed with the forbidden.

In this timely and timeless speculative novel, award-winning author Kelly Barnhill boldly explores rage, memory, and the tyranny of forced limitations. When Women Were Dragons exposes a world that wants to keep women small—their lives and their prospects—and examines what happens when they rise en masse and take up the space they deserve.