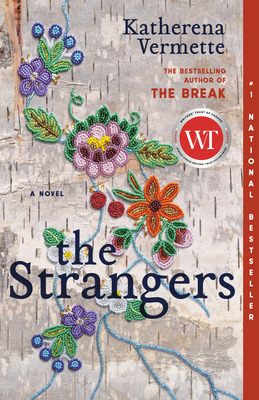 
The Strangers, a staggering intergenerational saga from from the bestselling author of The Break, explores how connected we are, even when we’re no longer together—even when we’re forced apart.

After time spent in foster homes, Cedar goes to live with her estranged father. Although she grapples with the pain of being separated from her mother, Elsie, and sister, Phoenix, she’s hoping for a new chapter in her life, only to find herself once again in a strange house surrounded by strangers. From a youth detention centre, Phoenix gives birth to a baby she’ll never get to raise and tries to forgive herself for all the harm she’s caused. Elsie, struggling with addiction and determined to turn her life around, is buoyed by the idea of being reunited with her daughters and strives to be someone they can depend on. These are the Strangers, each haunted in her own way. Between flickering moments of warmth and support, the women diverge and reconnect, fighting to survive in a fractured system. Facing the distinct blade of racism from those they trusted most, they urge one another to move through the darkness, all the while wondering if they’ll ever emerge safely on the other side.

A breathtaking companion to Vermette's bestselling debut The Break, The Strangers brings readers into the dynamic world of the Stranger family, the strength of their bond, the shared pain in their past, and the light that beckons from the horizon. This is a searing exploration of race, class, inherited trauma, and matrilineal bonds that refuse to be broken.