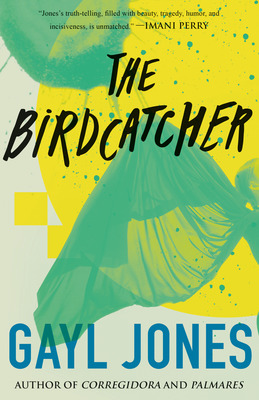 
Gayl Jones, the novelist Toni Morrison discovered decades ago and Tayari Jones recently called her favorite writer, has been described as one of the great literary writers of the 20th century. Now, for the first time in over 20 years, Jones is publishing again. In the wake of her long-awaited fifth novel, Palmares, The Birdcatcher is another singular achievement, a return to the circles of her National Book Award finalist, The Healing.

Set primarily on the island of Ibiza, the story is narrated by the writer Amanda Wordlaw, whose closest friend, a gifted sculptor named Catherine Shuger, is repeatedly institutionalized for trying to kill a husband who never leaves her. The three form a quirky triangle on the white-washed island.

A study in Black women’s creative expression, and the intensity of their relationships, this work from Jones shows off her range and insight into the vicissitudes of all human nature - rewarding longtime fans and bringing her talent to a new generation of readers.