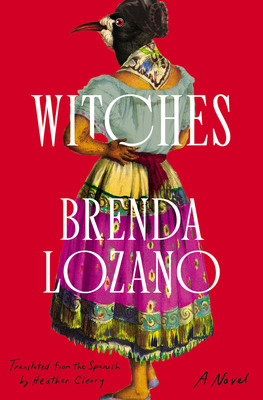 The beguiling story of a young journalist whose investigation of a murder leads her to the most legendary healer in all of Mexico, from one of the most prominent voices of a new generation of Latin American writers

Sent to report on Paloma’s murder, Zoe meets Feliciana in the mountain village of San Felipe. There, the two women’s lives twist around each other in a danse macabre. Feliciana tells Zoe the story of her struggle to become an accepted healer in her community, and Zoe begins to understand the hidden history of her own experience as a woman, finding her way in a hostile environment shaped by and for men.

Weaving together two parallel narratives that mirror and refract one another, this extraordinary novel envisions the healer as storyteller and the writer as healer, and offers a generous and nuanced understanding of a world that can be at turns violent and exultant, cruel and full of hope.

“A story of the world’s repeated failure to control feminine power and the sheer magic of language itself. An enthralling, passionate story about secrets both holy and profane.” —Catherine Lacey, author of Pew and Nobody Is Ever Missing