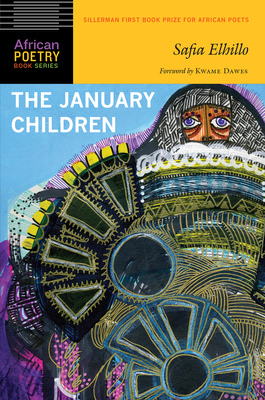 In her dedication Safia Elhillo writes, “The January Children are the generation born in Sudan under British occupation, where children were assigned birth years by height, all given the birth date January 1.” What follows is a deeply personal collection of poems that describe the experience of navigating the postcolonial world as a stranger in one’s own land.

The January Children depicts displacement and longing while also questioning accepted truths about geography, history, nationhood, and home. The poems mythologize family histories until they break open, using them to explore aspects of Sudan’s history of colonial occupation, dictatorship, and diaspora. Several of the poems speak to the late Egyptian singer Abdelhalim Hafez, who addressed many of his songs to the asmarani—an Arabic term of endearment for a brown-skinned or dark-skinned person. Elhillo explores Arabness and Africanness and the tensions generated by a hyphenated identity in those two worlds.

No longer content to accept manmade borders, Elhillo navigates a new and reimagined world. Maintaining a sense of wonder in multiple landscapes and mindscapes of perpetually shifting values, she leads the reader through a postcolonial narrative that is equally terrifying and tender, melancholy and defiant.