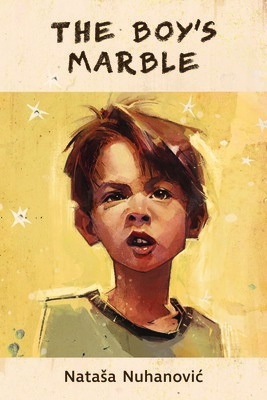 The Boy's Marble tells the story of experiencing a war through the eyes of a child. Separated as children during the Sarajevo Siege, the narrator meeets someone who reminds her of the boy even twenty years later in Montreal, Canada. They were supposed to run away together, only he never came. She has not seen him since and wonders whether this person she met could really be him. Amongst the many books that can be classified as war-fiction, this novel is different as it looks at this difficult tragedy through the eyes of a child in a, one could say, healthy way. The narrator does not sweep the painful and tragic memories under the rug, but she also does not place them onto her primary radar. The story unfolds in a way that does not burden the reader even more, but wakes in him hope, love and helps understand just how useless, meaningless and absurd war is. The story helps the reader find the strength and meaning to live without hate and recover a lost innocence. In essence, the novel is a brilliant anti-war story, very timely and necessary exactly now.