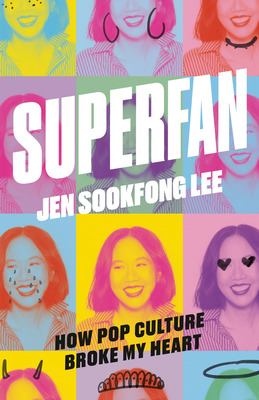 A sharply observed and beautifully intimate memoir-in-pieces that uses one woman's life-long love affair with pop culture as a revelatory lens to explore family, identity, belonging, grief, and the power of female rage. Named a most anticipated book of the year by the Globe and Mail and the Toronto Star.

For most of Jen Sookfong Lee's life, pop culture was an escape from family tragedy and a means of fitting in with the larger culture around her. Anne of Green Gables promised her that, despite losing her father at the age of twelve, one day she might still have the loving family of her dreams. Princess Diana was proof that maybe there was more to being a good girl after all. And yet as Jen grew up, she began to recognize the ways in which pop culture was not made for someone like her—the child of Chinese immigrant parents who looked for safety in the invisibility afforded by embracing model minority myths.

Ranging from the unattainable perfection of Gwyneth Paltrow and the father-figure familiarity of Bob Ross, to the long shadow cast by The Joy Luck Club and the life lessons she has learned from Rihanna, Jen weaves together key moments in pop culture with stories of her own failings, longings, and struggles as she navigates the minefields that come with carving her own path as an Asian woman, single mother, and writer. And with great wit, bracing honesty, and a deep appreciation for the ways culture shapes us, she draws direct lines between the spectacle of the popular, the intimacy of our personal bonds, and the social foundations of our collective obsessions.