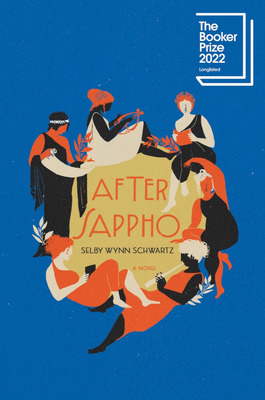 LONGLISTED FOR THE 2022 BOOKER PRIZE
A Guardian Best Book of the Year
Lit Hub: Most Anticipated Books of 2023

An exhilarating debut from a radiant new voice, After Sappho reimagines the intertwined lives of feminists at the turn of the twentieth century.

“The first thing we did was change our names. We were going to be Sappho,” so begins this intrepid debut novel, centuries after the Greek poet penned her lyric verse. Ignited by the same muse, a myriad of women break from their small, predetermined lives for seemingly disparate paths: in 1892, Rina Faccio trades her needlepoint for a pen; in 1902, Romaine Brooks sails for Capri with nothing but her clotted paintbrushes; and in 1923, Virginia Woolf writes: “I want to make life fuller and fuller.” Writing in cascading vignettes, Selby Wynn Schwartz spins an invigorating tale of women whose narratives converge and splinter as they forge queer identities and claim the right to their own lives. A luminous meditation on creativity, education, and identity, After Sappho announces a writer as ingenious as the trailblazers of our past.