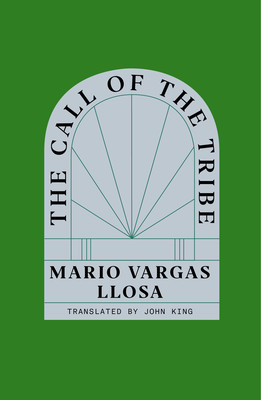 The Call of the Tribe

The intellectual autobiography of Mario Vargas Llosa, winner of the Nobel Prize in Literature.

From its origins, the liberal doctrine has represented the most advanced forms of democratic culture, and it is what has most defended us from the inextinguishable "call of the tribe." This book hopes to make a modest contribution to that indispensable task.

In The Call of the Tribe, Mario Vargas Llosa surveys the readings that have shaped the way he thinks and has viewed the world over the past fifty years. The Nobel laureate, “tireless in his quest to probe the nature of the human animal” (Marie Arana, The Washington Post), maps out the liberal thinkers who helped him develop a new body of ideas after the great ideological traumas of his disenchantment with the Cuban Revolution and alienation from the ideas of Jean-Paul Sartre, the author who most inspired Vargas Llosa in his youth.

Writers like Adam Smith, JosÃ© Ortega y Gasset, Friedrich A. Hayek, Karl Popper, Raymond Aron, Isaiah Berlin, and Jean-FranÃ§ois Revel helped the author enormously during those uneasy years. They showed him another school of thought that placed the individual before the tribe, nation, class, or party, and defended freedom of expression as a fundamental value for the exercise of democracy. The Call of the Tribe documents Vargas Llosa’s engagement with their work and charts the evolution of his personal intellectual and philosophical ideology.