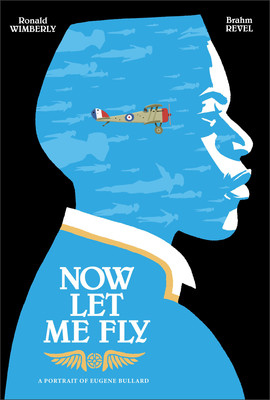 From author Ronald Wimberly, creator of the viral comic Lighten Up, comes a soaring graphic biography that casts new light on the first African-American fighter pilot.

On the eve of World War I, Eugene Bullard was a refugee of the Jim Crow South who was determined to find a place where a Black man would be treated as a fellow human being. His search took him from rural Georgia to the streets of Paris, from the vaudeville stage to the boxing ring, and finally, from the muddy trenches to the open skies. In 1914, Bullard joined the fight to defend France—and made history as the world’s first African American fighter pilot.


In this candid but sensitive portrait of Bullard, author Ronald Wimberly balances the personal and the historical to interrogate concepts of cynicism, idealism, fear, glory, and the pervasiveness of anti-Black racism.