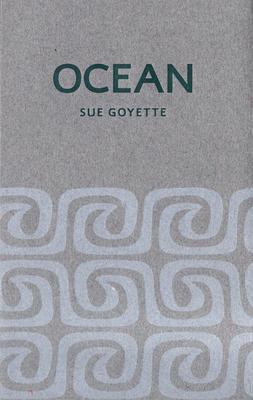 The ocean has never had a biographer quite like Sue Goyette. Living in the port city of Halifax, Goyette’s days are bounded by the substantial fact of the North Atlantic, both by its physical presence and by its metaphoric connotations. And like many of life’s overwhelming facts, our awareness of the ocean’s importance and impact waxes and wanes as the ocean sometimes lurks in the background, sometimes imposes itself upon us, yet always, steadily, is. This collection is not your standard “Oh, Ocean!” versifying. Goyette plunges in and swims well outside the buoys to craft a sort of alternate, apocryphal account of our relationship with the ocean. In these linked poems, Goyette’s offbeat cast of archetypes (fog merchants, lifeguards, poets, carpenters, mothers, daughters) pronounce absurd explanations to both common and uncommon occurrences in a tone that is part cautionary tale, part creation myth and part urban legend: how fog was responsible for marriages, and for in-laws; why running, suburbs and chairs were invented; what happens when you smoke the exhaust from a pride of children pretending to be lions. All the while, the anthropomorphized ocean nibbles hungrily at the shoreline of our understanding, refusing to explain its moods and winning every staring contest. “I wrote these poems,” comments Goyette, “because I know very little about the ocean and yet rely on it like a mirror, a compass.” In Ocean, Goyette demonstrates how a spirited, playful and richly mythopoetic engagement with the world can actually strengthen our grasp on its bigger truths.

Winner of the 2015 Lieutenant Governor of Nova Scotia Masterwork Arts Award and finalist for the 2014 Griffin Poetry Prize.