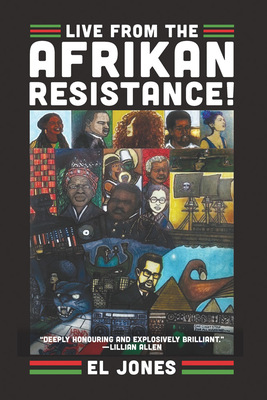 Live from the Afrikan Resistance!

Live from the Afrikan Resistance! is the first collection of spoken word poetry by Halifax’s fifth Poet Laureate, El Jones. These poems speak of community and struggle. They are grounded in the political culture of African Nova Scotia and inherit the styles and substances of hip- hop, dub and calypso’s political commentary. They engage historical themes and figures and analyze contemporary issues — racism, environmental racism, poverty and, violence — as well as confront the realities of life as a Black woman. The voice is urgent, uncompromising and passionate in its advocacy and demands. One of Canada’s most controversial spoken word artists, El Jones writes to educate, to move communities to action and to demonstrate the possibilities of resistance and empowerment. Gathered from seven years of performances, these poems represent the tradition of the prophetic voice in Black Nova Scotia.