If you can dodge Montreal's summer rainstorms, I highly recommend sitting in the shade with a good book. Bonus points if you curate a mood-appropriate playlist to go along with what you’re reading. Here are some of my recent favorites, and highly anticipated titles. 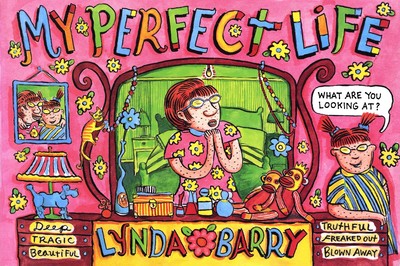 Maybonne and Marlys Mullen endure the mortifying highs and lows of middle school in this Lynda Barry classic.Collected from the strip Ernie Pook's Comeek,...

My Perfect Life by Lynda Barry

If you liked Come Over Come Over, you’ll love this new window into an unforgettable protagonist’s life. I laughed out loud at the brutal honesty and sincerity of Lynda Barry’s humor, and really appreciate the earnestness of her drawings. Get ready for some humiliating middle school flashbacks. 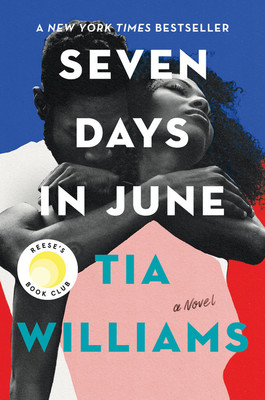 A REESE WITHERSPOON BOOK CLUB PICK! “Tia Williams’ book is a smart, sexy testament to Black joy, to the well of strength from which women...

In a sea of books, films and music about Black suffering, a Black love story is always refreshing. I love a good separation-reunion arc too! Emotional, spicy, heart-wrenching, gorgeous. 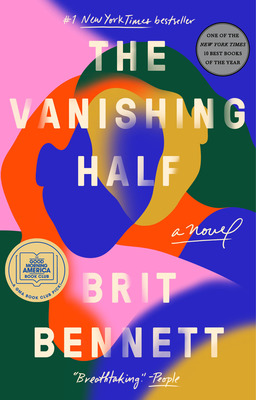 The Vanishing Half by Brit Bennett

This story follows two mixed-race sisters, one who lives her life as a Black woman, and the other who runs away and passes for white. Their journey of poverty and trauma, separation, love, loss and identity spoke to me in many ways. I couldn’t decide whether I wanted Stella to be found out or not, which kept me turning pages feverishly. 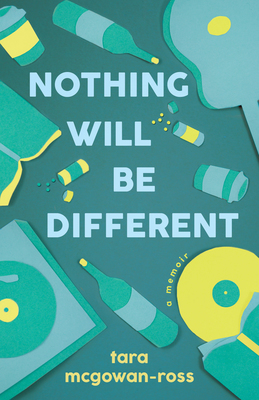 Nothing Will Be Different

A neurotic party girl's coming-of-age memoir about learning to live before getting ready to die. Tara has it pretty good: a nice job, a...

Nothing Will Be Different by Tara McGowan-Ross

Tara is an incredible local author, and comes from an urban Mi’kmaw family. This book documents her neuroses and self-sabotaging tendencies with a humor that is equal parts philosophy and self-deprecation. Punctuated with stark, vivid passages about grief, I rooted for Tara all the way through, and she rewarded me with a cliffhanger that made me stare at the wall when I finished it. 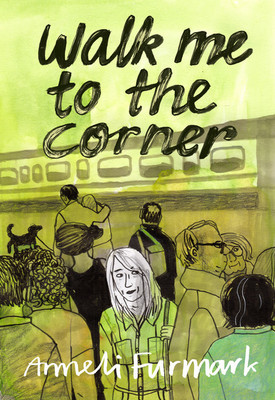 Walk Me to the Corner

Stability withers where passion blossoms in this cool-toned meditation on mid-life relationships.A loving home and husband; two grown sons; a lakeside cabin with a...

Walk Me to the Corner by Anneli Furmark

This tale follows waves of rush and disappointment for a middle-aged woman who is married to a man, and falls in love with another woman. The watery artwork style amplifies the vulnerability inherent in the protagonist’s quest for love and self-knowledge. I rarely see LGBTQ love stories featuring older adults, and loved the hope and fever embedded in this premise 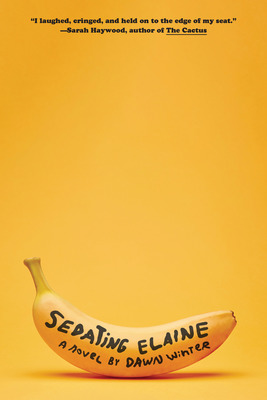 An exuberant dark comedy about love, grief, sex, guilt, and one woman’s harebrained scheme to tranquilize her voraciously amorous girlfriend for a few days...

Frances’ insatiable lover Elaine refuses to be broken up with, so Frances decides she must sedate her. I am fascinated by the messy lines of consent and free will in this premise, especially in a WLW relationship with a different power dynamic than in many hetero relationships. 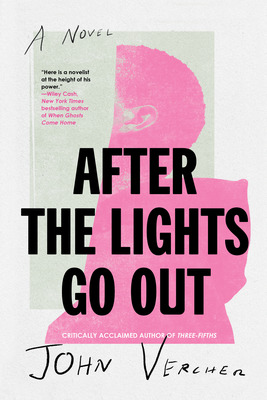 After the Lights Go Out

A harrowing and spellbinding story about family, the complications of mixed-race relationships, misplaced loyalties, and the price athletes pay to entertain—from the critically acclaimed...

After the Lights Go Out by John Vercher

This story is a downward spiral if there ever was one. It follows Xavier, an aging pro boxer with increasing gaps in his memory, a father with dementia, and a potentially redemptive fight after a year’s suspension (yes, it was because of roids). It touches on identity and racism, maternal love and abandonment, and an ever-present anger many people have grown accustomed to suppressing. You want to root for him, but you can’t see how this could possibly end well. 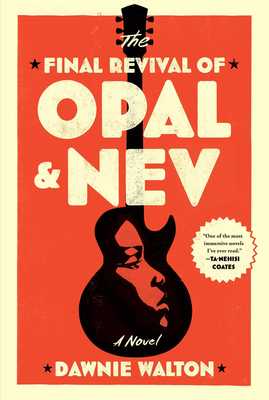 The Final Revival of Opal & Nev

A poignant fictional oral history of the beloved rock ‘n’ roll duo who shot to fame in the 1970s New York, and the dark,...

The Final Revival of Opal and Nev

This was what I wanted from Daisy Jones and the Six. I will never shut up about this book. It is a story of an unlikely interracial music duo who get caught up in a 1970’s race riot, told from the perspective of a young journalist whose father happened to be the riot’s sole casualty. He was also having an affair with Opal while he was her drummer. The subjects of the interviews say as much with their omissions as their recollections. From sleazy managers to jaded relatives, the triumphs and betrayals of a musical career rang true to me as a working musician. The ending was a gut-punch. Go read it!

Accompanying song: The Revolution Will Not be Televised by Gil Scott-Heron 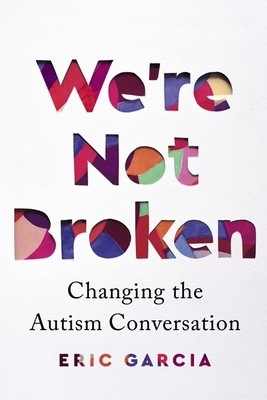 “This book is a message from autistic people to their parents, friends, teachers, coworkers and doctors showing what life is like on the spectrum....

We’re Not Broken by Eric Garcia

“Nothing about us without us” is the refrain of this work of nonfiction about Autism, and disability policy, history, and culture. Garcia interviews all sorts of neurodivergent people to provide a balanced perspective. Together, they question the pathological approach and its roots in eugenics, lovingly criticises the Autism Warrior Mom™ phenomenon, and proposes a holistic view of the future where the focus of care is placed on accommodating Autistic people’s needs to allow for a better quality of life, rather than chasing a cure. My copy of the book is full of scratches, notes and underlines, and if you know anyone who is neurodivergent or disabled in any way, yours will be too! 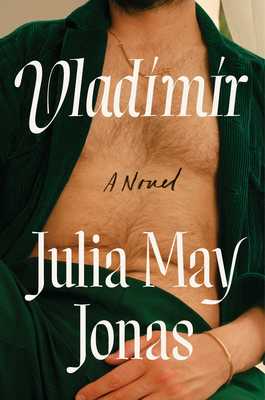 Vladimir by Julia May Jonas

There is no shortage of writers writing about writing and academics, but his story stands out in the depth of its character study. The protagonist, a middle-aged literature prof in an open marriage with her academic husband, is blind to the ways in which his sexism and paranoia have held her back. When he is called out for sexual misconduct by former students, she makes excuses for him, blames the victims, and rationalizes her internalized misogyny. All the while, her maladaptive daydreaming about a younger colleague, Vladimir, grabs hold of her psyche. Fantasies about Vladimir become her escape, but things end differently for her than for her serial-fornicator husband.

Accompanying song: I Love My Boyfriend by Princess Chelsea 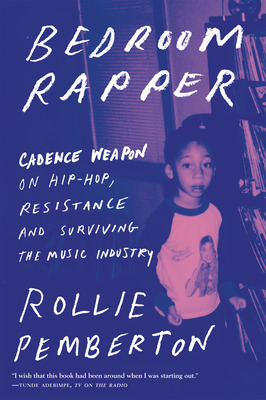 Bedroom Rapper is a book for obsessive music fans who are looking for the definitive take on what’s happened in the last two decades...

If the abundance of musical references and ups-and-downs of a young hip-hop artist forging a career in music aren’t enough, the whole middle of this book is essentially a love letter to the Montreal music scene. I loved every single page, and felt second-hand joy and betrayal at every brush with success (he is a Polaris winner, did you know?) and label shenanigans. His lyricism and self-awareness in his music shines in this incredible memoir, which I consider to be a fundamental piece of Canadian musical history. Also, Rollie signed my copy, which was cool :) 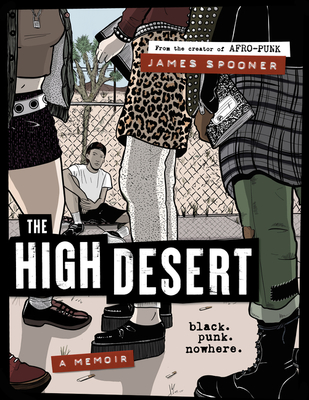 A formative coming-of-age graphic memoir by the creator of Afro-punk: a young man’s immersive reckoning with identity, racism, clumsy teen love and belonging in an isolated...

The High Desert by James Spooner

In this generous graphic novel, the founder of Afro-Punk explores the creativity in an oft overlooked outsider group: Black punks. In this love letter to the weird/alternative Black kid, he touches on the endless innovation and creativity of Black youth, Nazi infiltration in the alternative scene, and finding one’s identity and community even if that means defying expectations. 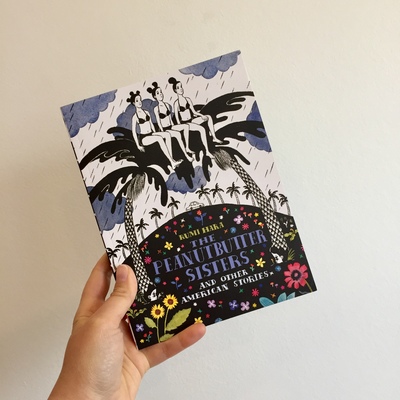 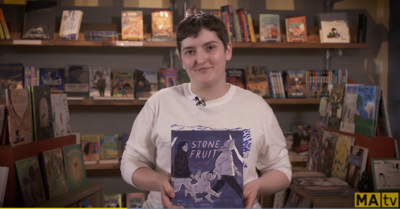 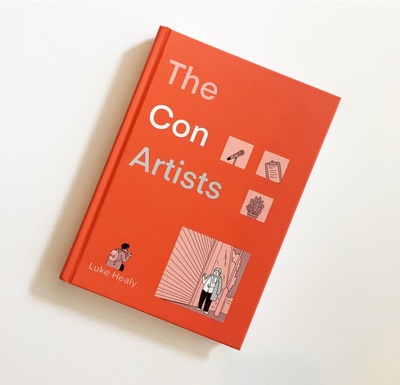